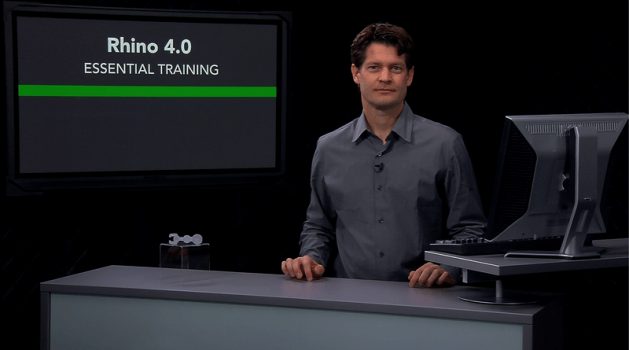 The Rhino 5.0 training on lynda.com is comprised of around 60 separate videos organised into 12 chapters, with a total running time of around 6 hours. The pace of training is good, and the clarity and the flexibility to learn at your own pace; as well as being able to re-visit completed lessons make the training a must have resource, especially if you are new to Rhino 5.0.

Rhino 5.0 is one of the most organised 3D software programs on the market, but if you’re nervous about learning CAD, here are some tips that might help shorten your learning curve and reduce your fears. Firstly, it really helps a lot if you can visualise in 3D, and being able to sketch is a bonus as well. Secondly, if you have ever used programs like Adobe Illustrator or PhotoShop, then you’re already familiar with the same type of tools that Rhino 5.0 uses. Thirdly, any experience with 3D design software is an advantage but it’s not required. So if you’ve used a 3D design program before, even something like Sketch Up, then the process of learning Rhino 5.0 will be much easier for you.

Lynda.com is a treasure trove of lessons in design, & they offer training in Adobe Illustrator, Photoshop, & lots  more. You also get access to the video training on Desktop, mobile, and tablet devices via free apps for the iPhone, iPad, and Android devices.

Best of all you get access to all of the lessons for FREE for 7-days, after that rates start at US$25 per month which is great value given to large amount of content and video training available. In fact they now offer nearly 2,500 video training courses on-line, with new courses added every week. 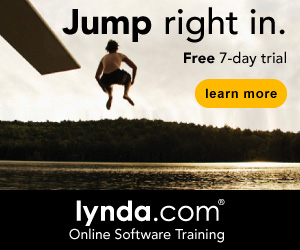 Dave Schultze is an industrial designer and trainer, who has developed products for companies like LG and Microsoft, and he’s won quite a few industrial design awards in the past. He has lectured at Otis College of Art and Design in L.A. for the over 10 years. He delivers training in an easy to understand style. George Maestri, Associate Program Director at Lynda. com, said “He’s terrific at making complex topics seem simple, and his visual skills make his courses engaging on a creative level as well.”

Back in 1994, when Lynda Weinman couldn’t find a book to recommend to her students, she decided that she’d write the first book on web design. The book went on to become the de facto textbook for web design of that generation, and it was adopted by many colleges. The book sold 100’s of thousands of copies, was translated into lots of languages, and really put lynda.com on the map. 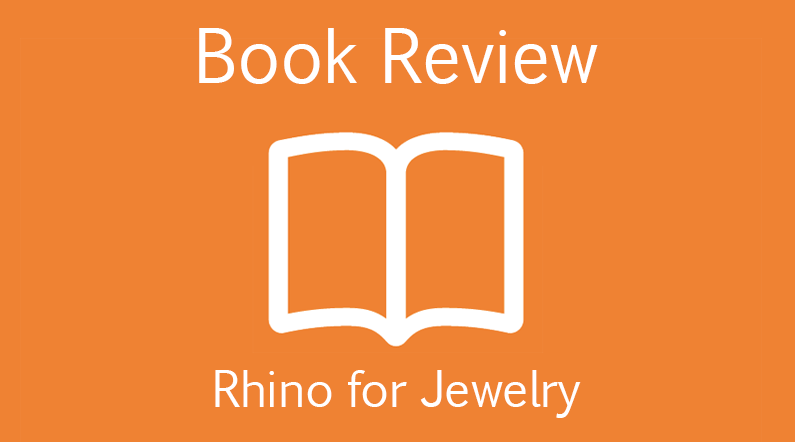 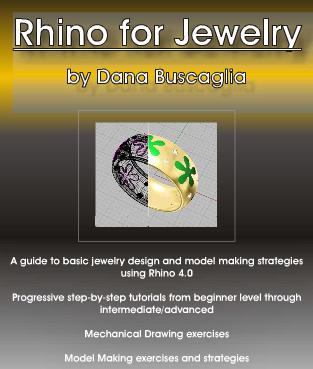 I highly recommend this book to anyone wanting to get started, or wanting to further their knowledge of Rhino 5.0 for jewelry making. The step-by-step instructions in this book are thorough, detailed, easy to follow, and more importantly easy to understand.

HOW TO USE THE BOOK

Go through this book from the beginning, and go through each of the chapters step-by-step. If you feel that you struggled understanding an exercise, I recommend that you repeat it. Trust me, the extra time spent will pay off! Try to use Rhino in your own design work as soon as possible. That is the way you will really learn it. Also you should consider combine the learning from this book with some Rhino training courses. You will always learn something more with each course that you take. We offer RhinoGold Essentials for beginners, which is a great starting point.

If you would like to purchase the book I can thoroughly recommend it. It is available via the link for US$67.50.

With the release of version 4.0, RhinoGold 3D CAD software for jewelry has matured, and finally has its own advantages over competitors like Matrix and JewelCAD. 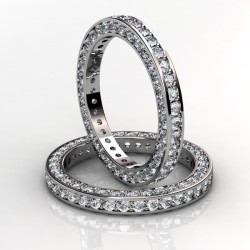 RhinoGOLD is a jewelry specific Computer Aided Design (CAD) program which has been developed specifically to assist professional jewelers increase productivity, automate repetitive design tasks, and produce photo-realistic renderings and presentation scenes for clients or promotional material. With the release of version 4.0, RhinoGold 3D CAD software for jewelry has matured, and finally has its own advantages over competitors like Matrix and JewelCAD.

If you are a user of earlier versions of RhinoGold, you will immediately notice major speed improvements in the processing of many of the tools and functions in RhinoGold 4.0. For example the new “Light Gems” technology allows for the fast and responsive display of thousands of gems on a standard computer, in fact this video shows over  8,000 gemstones, rendered and displayed in real-time. The Ring Wizard has been completely redesigned, and is now more intuitive and faster than the previous version.

For high-end jewellery designs using pave, the new Azure Tool creates a honeycomb from paves. The new milgrain tool is a fast way to create millgrain finishes on your designs; perfect for 3D rendering and emailing to customers.

For Trade jewelers, RhinoGold Report is the perfect tool for managing your designs and creating project reports: Gem reports, metal reports, timings, workshop costs, etc. and all of this calculated automatically from your design.

Included with the new RhinoGold version 4.0 comes an entirely new subdivision modeller called Clayoo. This modelling tool is 100% fully integrated into RhinoGold, making the transition back and forth between this tool and Rhino’s NURBS workflow very easy. For jewelers looking to create organic jewelry designs, Clayoo is an excellent free addition to RhinoGold, as well as being competitive with T-Splines.

For stunning photo-realistic images RhinoGold has it’s own very easy to use high quality rendering studio called, RhinoGold Render Studio, and it has been designed to accommodate many 3rd-party rendering plug-ins for Rhino 3D (eg: Brazil, V-Ray, Flamingo, Maxwell and Hypershot). RhinoGold also integrates with all types of prototyping machines, for both CNC multi-axis routers (subtractive) and 3D Printer (additive) technologies.

I have been teaching 3D design to students since 2005 and one of the most common issues with beginners is their files are not water-tight and will not print. The “STL Wizard” automatically fixes STL files for printing via milling or on a 3D printer – this is a real lifesaver – – trust me 🙂

The automated suite of tools works better than ever, and RhinoGold now offers the capability of editing the functions after they have been completed. Combined with Rhino 5‘s new parametric editing capabilities, this makes the tools in RhinoGold more efficient than ever before.

So what exactly is Parametic Editing? In the example on the right,  we used three commands: Gem Studio, Head (Claw) Studio and Dynamic Polar Array. We can dynamically adjust parameters; ie- the numbers of gemstones, size/shape of stones, head (claw) parameters, and the 3D model is automatically updated. Can you imagine the possibilities? You could create an eternity ring design, then if you change the size or shape of stones the ring model is automatically updated. The timesaving in this area alone is fantastic. Imagine how many combinations you could create in a matter of minutes?

RhinoGold is available in either 32bit and 64bit versions. 32-bit versions of Microsoft Windows can only allocate a maximum of 2 GB of memory to each running process, regardless how much RAM memory is available on your computer. A 64-bit system is not subject to the same memory limitation. A 64-bit processor has a theoretical maximum addressable memory size so large it is measured in multiple petabytes (1 petabyte = 1 million gigabytes). Basically more memory is available in the 64-bit version of RhinoGold meaning you can work will larger, and more complex designs.

So what CAD Software is better for Jewelry Design? The question jewellers always ask me is “Which is better, RhinoGold or Matrix?” Both programs use the Rhino 3D engine which is known world-wide for it’s robust and industrial stength. It’s interesting to note how different countries have favoured different programs. While Matrix is developed in the US, and RhinoGold developed in Spain, the US favours RhinoGold, whilst in Asia, JewelCAD still seems quite popular.

There is no question in my mind that RhinoGold offers a much simpler and uncluttered button bar and interface. In my opinion for jewellers who are inexperienced with CAD software, I think that RhinoGold’s interface makes it much easier to use.

“for jewellers who are inexperienced with CAD software, RhinoGold’s interface makes it much easier to use”

There are also a few specific features where RhinoGold’s tools end up being more flexible and even unique: Support Spru’s for milling machines, Braided Rope builder, Covert bitmap image to curves, Drag and Drop Materials, Text on a Curve, Surface Inset/Outset, Meshing for Rapid Prototyping.

Finally, the cost of Rhino 3D, RhinoGold 4.0, and a Rendering plug-in are still much less than Matrix.